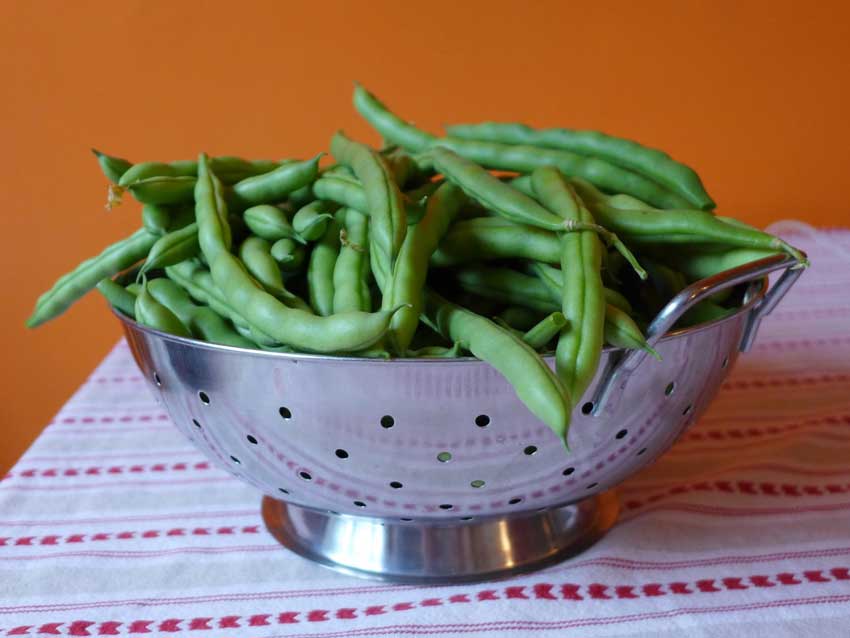 Growing beans in the city

Beans are fun to grow, tasty and a great choice for novice, expert and children gardeners. They are the ideal city garden plant as they require little space, grow well from containers and maximise the use of vertical space available. Beans are ideal for testing out a garden or growing space to see what will grow. Once started from seed, seedlings can be planted out in shaded areas or marginal areas (where seed would not take) and plants will thrive.

The Fabaceae, Leguminosae or Papilionaceae family of plants is commonly known as the legume, pea, or bean family. With over 40,000 bean varieties the legume group is a large and economically important family of plants across the world. However, for the sake of simple gardening the main growing varieties can be considered string beans, runner beans and broad beans. 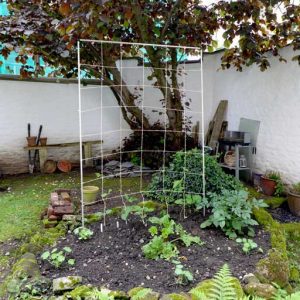 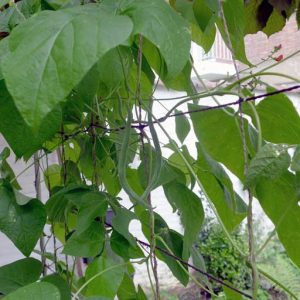 These herbaceous annuals have two growth habits, bush and pole or climbing types. Pole types are vines that can reach great lengths, so they require staking or other support. Pole or running varieties form vines 2–3 m long and produce continually over the year.

Bush beans are compact, erect bushes 20–60 cm tall, so they grow and produce well without support. Bush types flower approximately four to six weeks after seeding and immature bean harvest begins one to two weeks after flowering. They can produce several crops over a season. 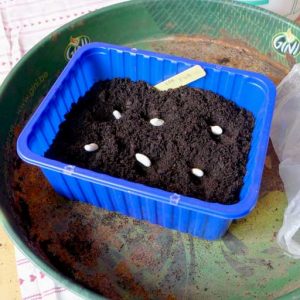 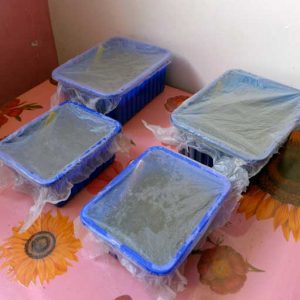 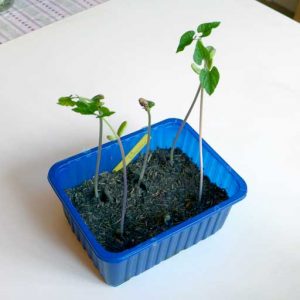 Most members of the bean family have a mutually beneficial relationship with a bacterium called Rhizobium which allows plants to add nitrogen to the soil. This makes beans an ideal component in a complimentary planting scheme. 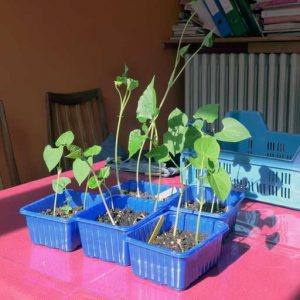 Ready for potting up 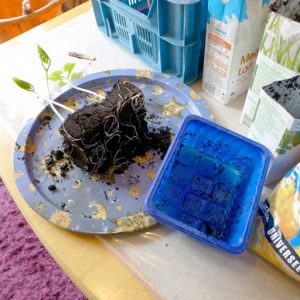 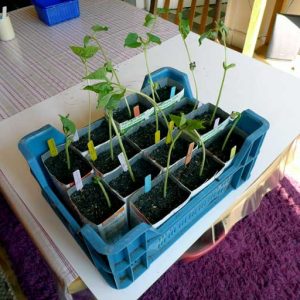 Common beans are native to South America, Mexico and Guatemala. They were taken to Europe by the Spaniards and Portuguese who also took them to Africa and other parts of the world.

There are hundreds of common bean varieties that vary widely in bean size, shape, production and colour as well as plant size. Some are bred for northern climates and are more pest-resistant and productive. 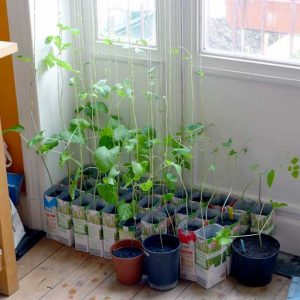 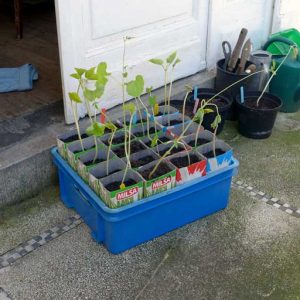 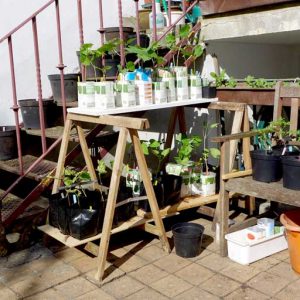 Outdoors ready for planting out

The runner bean is also known as the scarlet runner bean, or multiflora bean and originates from the mountains of Central America. The seeds of the plant can be used fresh or as dried beans. The pods are edible whole while they are young and not yet fibrous. 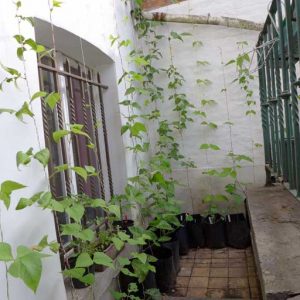 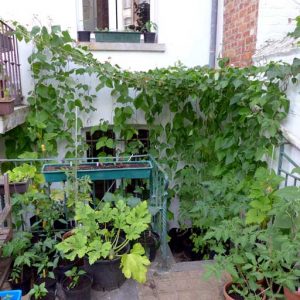 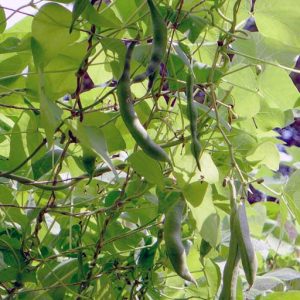 One of the tallest vegetables in the garden reaching heights of up to 3m they produce an abundance of long bean pods that can reach 30cm in length.

When the flower buds appear water well and especially when the weather is dry. The plants can be stressed by drying out. When plants reach the top of the support pinch out growing tip. 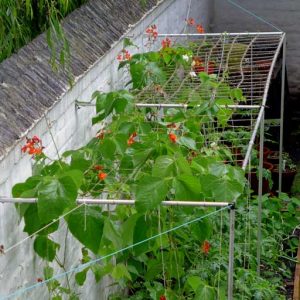 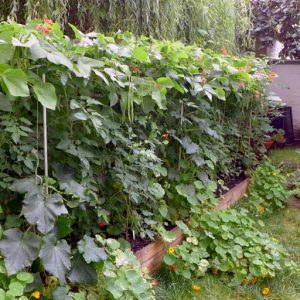 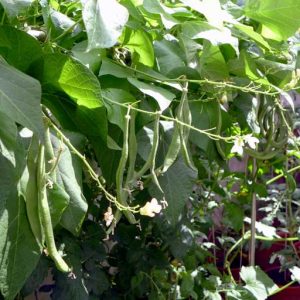 Harvest when pods are between 15cm to 20cm. By picking continuously, at least every other day, further flower and pod growth is encouraged and a continuous harvest ensured over the growing season.

The broad bean is also known as the fava bean, faba bean, field bean, bell bean, or tic bean and are native to North Africa and south Asia. The fruit is a broad, leathery pod, green maturing. Broad beans are prepared by removing the beans from their pods. 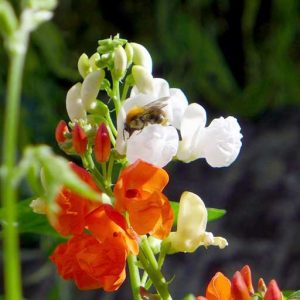 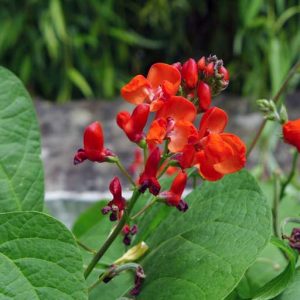 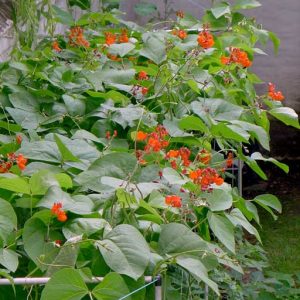 The name “broad bean” is used for the large-seeded cultivars grown for human food. Most types grow to be at least 1.2m tall but dwarf varieties are available.

Broad beans are generally eaten while still young and tender enabling harvesting to begin as early as the middle of spring for plants started early or overwintered in a protected location. A main crop sown in early spring will be ready from mid to late summer. 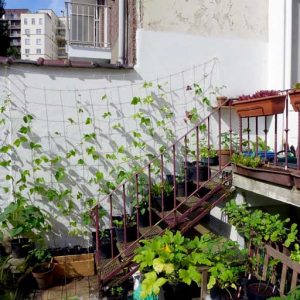 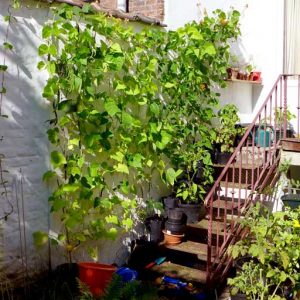 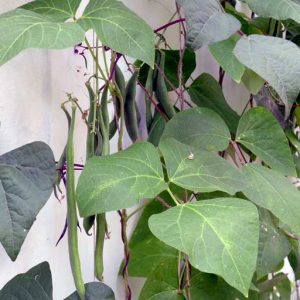 Maturity is typically 55–60 days from planting to harvest. Beans should be picked every few days to keep the plants flowering and producing new bean pods. Broad beans prefer a sunny, sheltered position and require support, such as canes. Once the plants reach 1.2m tall, cutting off the growing tips encourages bushier growth and more beans.

Beans are an excellent crop for improving soil and increasing the available nitrogen. When the plants are incorporated into the soil (chopped up and dug in) nitrogen is released and available for the next crop. The more finely chopped the better. Alternatively, bean plants make an excellent nitrogen source for composting. 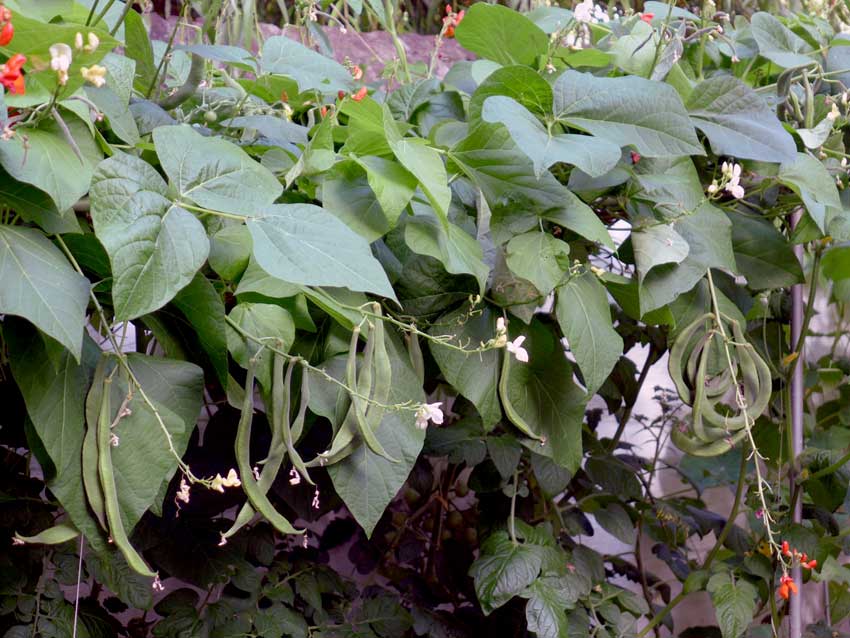 Beans in the city