Gardening in the edges makes use of otherwise wasted space, and leaves space for multiple activities in the open areas. In a small city garden these edge spaces often amount to more growing space than the regular recognised bed areas. These spaces require adaptations such as container planting or alternative approaches such as vertical use of space but when combined with regular bed areas often mean the garden can double its production potential.

In permaculture design the edge effect is an ecological concept that describes how there is a greater diversity of life in an area where the edges of two adjacent ecosystems meet and overlap. Edges are where the maximum diversity occurs such as at a forest edge where both forest plants and grassland plants merge. More edges means more biodiversity and thus greater productivity and stability. 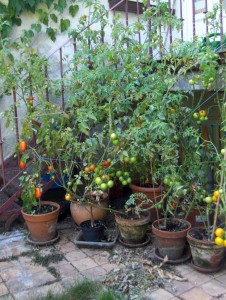 Corners and Edges near Balcony 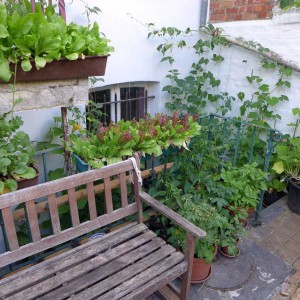 Corners and Edges near Basement

In the small scale of the urban garden this edge effect takes on a different meaning where small spaces between areas become opportunities for creating niche growing areas suited to particular groupings of plants (for example herbs or flowers). In the urban environment edges can also be considered the over-looked growing options, such as wall support for vines. Particularly in the city environment the edge opportunity can be seen as the use of existing physical structures to develop vertical or elevational planting (something not available in rural settings).

In cities, the use of vertical space may be considered the main permaculture edge opportunity. In a similar vein, balconies, window sills, roof spaces and even stairwells can be considered the edge area between human activity and the productive growing opportunities of nature. The permaculture approach does not advocate a sweeping away of old systems or ways but a more gradual approach reclaiming overlooked or neglected spaces and turning these into healthy growing micro environments beneficial to the overall whole environment.

While it is very unlikely that an urban gardener can implement many of the permaculture design principles, most can implement some of them to create a new way of landscaping based on production and usefulness. In a small garden edges can be considered in relation to sun, wind, water and earth to fully exploit the potential of a site. A garden with a range of sunny spots and some light shade enables plants to mature at different times or be planted to take advantage of particular growing conditions.

Variations in light, shade, temperature and moisture occur across edge areas creating a greater number of microclimates that can support different species of plant. This occurs even in the miniature situation of the urban garden. Identifying these microclimates in a garden, such as cooler shady corners, full sun, rocky areas, and areas that have abundant drainage open up opportunities for planting in otherwise un-used space.

The variety of plants that can be introduced to edge areas increases productivity and diversity in a garden. Groups of plants that grow in edge areas can also benefit from their proximity to one another acting almost like a small plant guild. Combinations of bean, tomato and cucumber species will each perform differently according to their location in the same garden. Thus edge areas become primary spots for trailing and testing new groups and species. 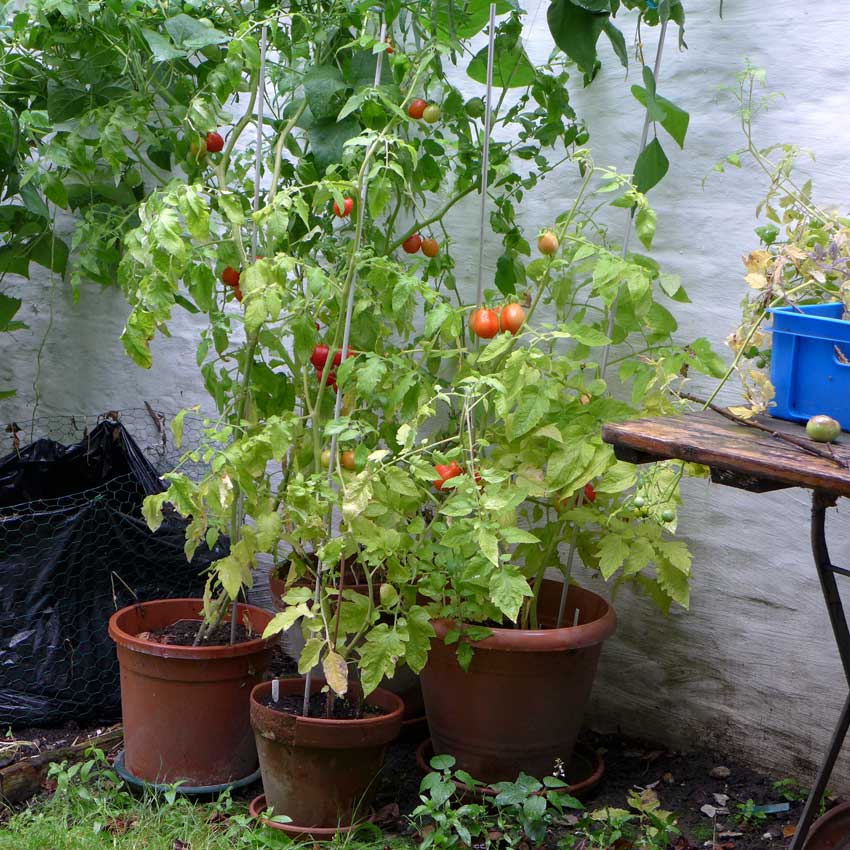 By grouping plants by compatible roots and canopy systems, and by soil type, such as acid lovers in one area and drought resistant in another, small marginal areas in the garden can each become productive in their own right. Within the overall scheme of the whole garden consideration can be given to using edge areas for plant protection through the cultivation of integrated pest management (IPM) crops which discourage some pest species and encourage other beneficial insects. For example, slug barriers can be grown using species slugs avoid, positioning these on the observed transit pathways used by the slugs.

The interface between areas in a garden, for example between crop areas and flowers, is where the most interesting events often take place. These can be the most valuable, diverse and productive elements in the garden. By using edges more carefully and valuing the margins the urban gardener can create new niches and new opportunities.