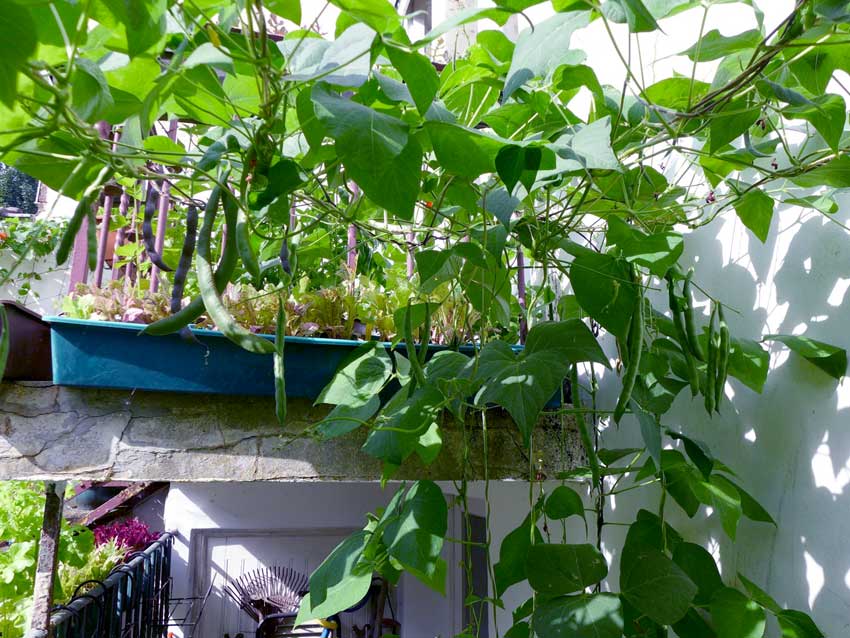 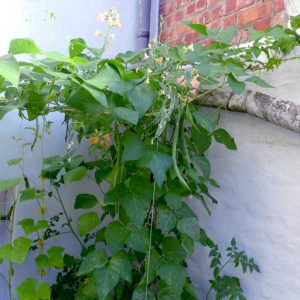 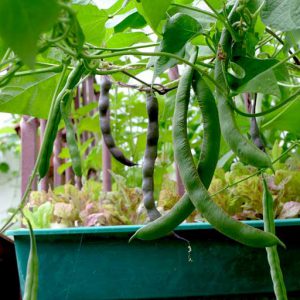 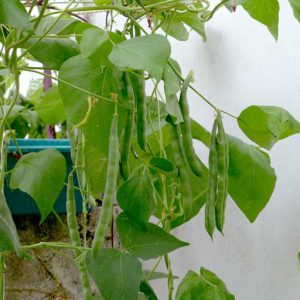 Climbing beans are ideal for growing over open spaces like stairwells using string netting. The vines can grow up to 3 metres long and are easily trained to follow along strings. The main thing with both types of bean is to pick the beans while young and just before the beans inside fully show through the pods. This encourages the plants to keep producing beans. 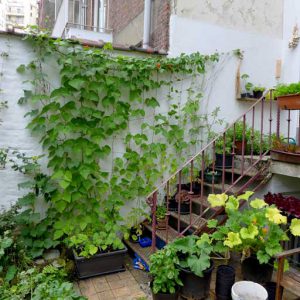 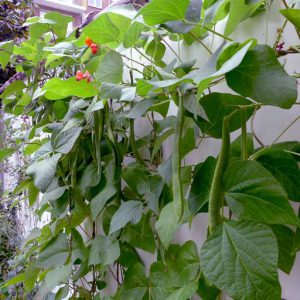 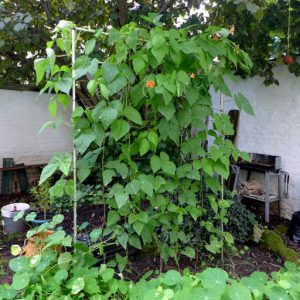 While climbing beans are traditionally grown on wigwam type, free standing structures using bamboo canes, they will grow well on netting against walls if given a hand’s width clearance from the wall. Both types of climbing bean grow well in containers or in soil as long as they have good drainage. They do not like their roots to sit in water. 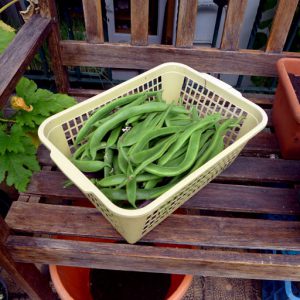 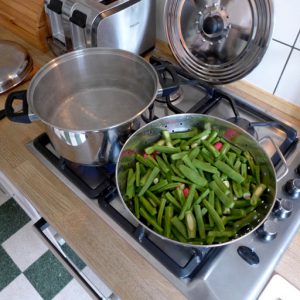 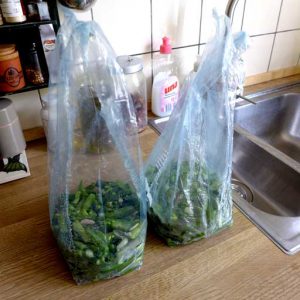 At this time of year beans are very productive. The basic processing for picked beans involves blanching the beans for several minutes (5-10) then allowing them to cool before using in cooking or for bagging and freezing. In general all beans are better blanched and then chilled before use both to enhance the flavour and to remove the toxins beans naturally contain. 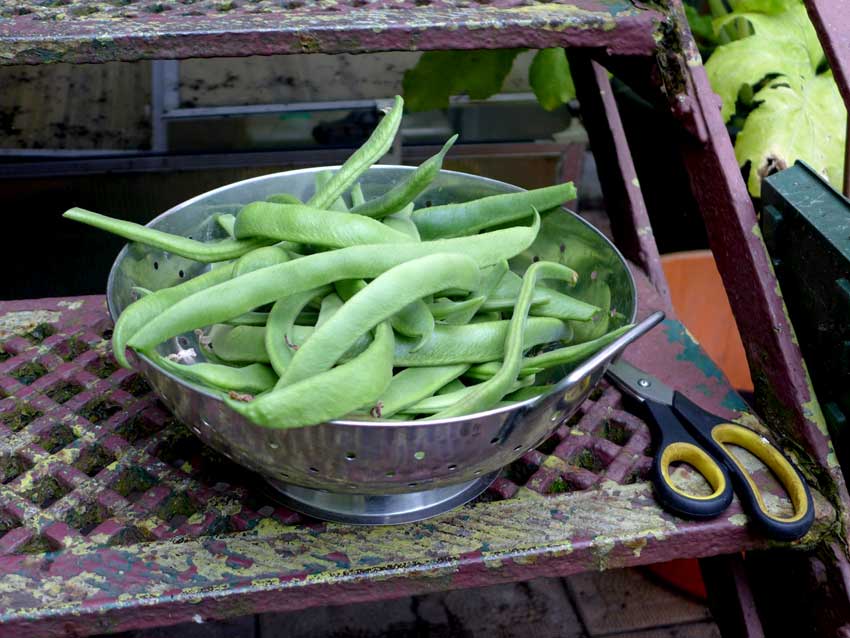 Daily picking of young immature beans is important as the plants will keep producing beans up until a point where enough mature beans have been produced. Then the plant will stop. Usually this point is observed as the plant slows down production and then the last sets of beans can be left to mature for shelling and drying.