Broad beans are considered winter beans because they grow best in cool weather and dislike summer heat. These fast growing beans can be planted in the autumn to over-winter for an early summer harvest or in early spring (February/March) for a summer crop. They grow well in soil or in containers. 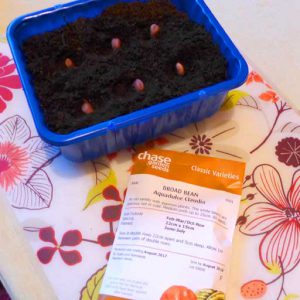 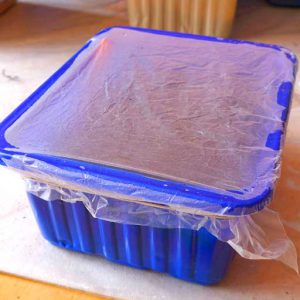 Broad beans are easy to start. Place 4 or 6 beans in potting soil in a plastic box and cover with soil. Spray the soil surface until damp (not mud). Cover plastic box with a piece of clear plastic and seal with an elastic band. Store in a cool spot indoors and remove cover when plant shoots appear (within 10 days). 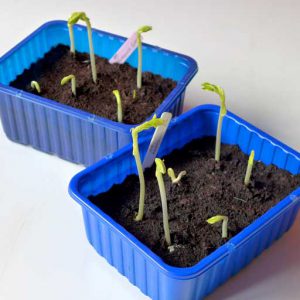 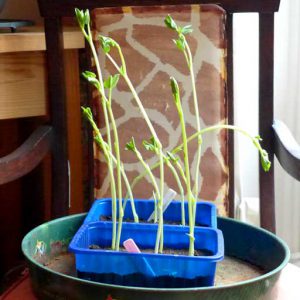 When the shoots appear the boxes will require spray watering once or twice a day. As the plants grow, expose them to sunlight but avoid direct sunlight. The plants can stay in the boxes for a week until the first leaves are properly formed. The leaves do not need to be opened. 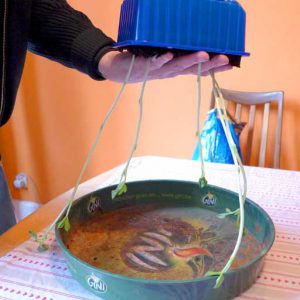 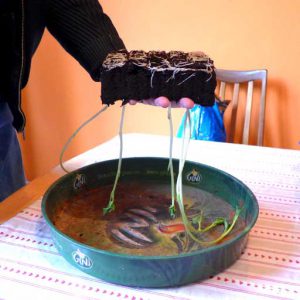 The plants are removed from the box quite easily. The roots are quite robust and can take being handled. The box is turned over and the root block removed, then the individual plants gently separated by loosening the soil (not pulling the plant out). 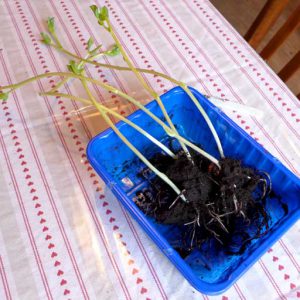 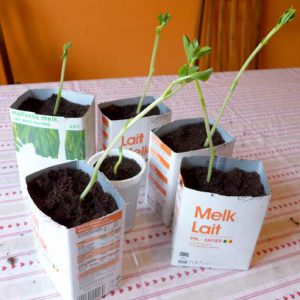 The bean plants are now potted separately, in this case, using recycled milk cartoons. These plants are now stored indoors for another week and spray-watered twice a day. The aim here is to harden the plants before moving them outside. On good days they can sit outside for a few hours. 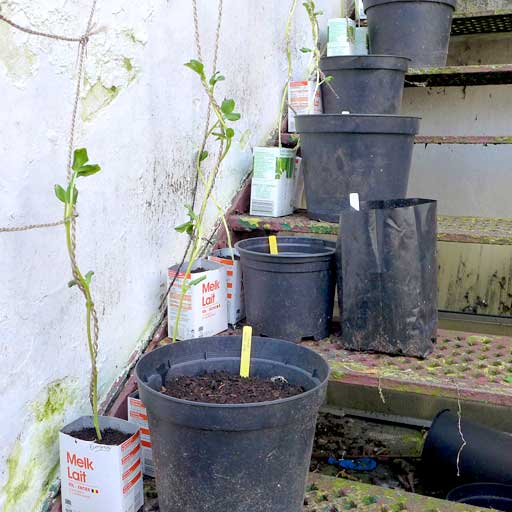